ZAAP Charge Inc. is an electric vehicle charging and infrastructure company in Canada that aims to tackle the main issues preventing the wider spread of electric vehicles’ acceptance to the market.

Surprisingly, a majority of the main issues have less to do with the vehicles themselves but rather the infrastructure and current electric vehicle charging station network, or more accurately the distinct lack of.

ZAAP wants to help encourage people to purchase electric vehicles and facilitate the transition to electric vehicles around the country by establishing a widespread installation of charging stations to connect EV drivers and ensure they can take those long trips with a little more freedom and peace of mind.

ZAAP Charge understands the major concerns that are holding back buyers from the EV market, and they’ve come up with a solution to fight these issues. 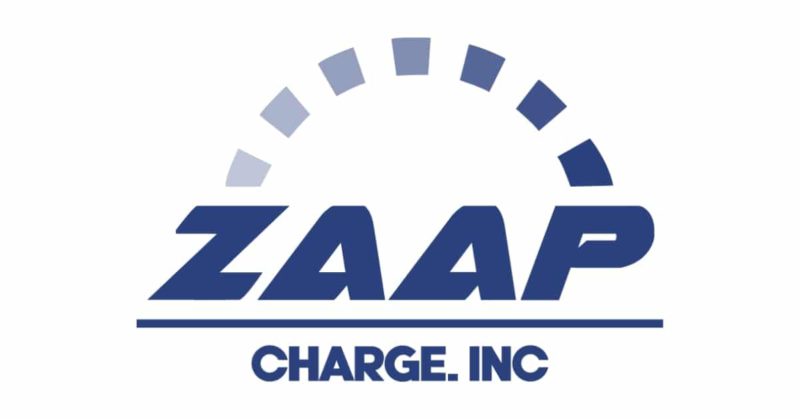 What ZAAP Charge Is Up Against

Skeptics and those with vested interests against EV’s can always provide an inexhaustible list of arguments against purchasing an electric vehicle however the largest issues can mostly be broken down to these three main ‘problems.’

Luckily for the Canadian EV market, ZAAP has formally declared it their mission statement to fight the issue of Range Anxiety in specific.

Range Anxiety is the all-too-common fear of running out of power and being stranded somewhere without being able to find a nearby charging station or any alternatives.

Like running out of gas a Tesla will run out of electricity, the difference is there are hundreds of more gas stations per electric charging station, especially outside of dense urban areas.

That is where ZAAP is going to step in. Their primary goal is to tackle range anxiety. That’s a large deterring factor for most global electric vehicle markets but especially for Canadian buyers today.

Why This Is A Problem In Canada

EV’s that typically do so well in large cities and dense urban areas benefit from the proximity of so many city resources and infrastructure packed together, like gas stations and electric charging stations on every street.

Running out of gas or electricity is never a concern in the daily commuter city lifestyle where you average 40km a day in most cities going to work and running errands.

Leaving the big cities in Canada for many of the vast expanses of wilderness often puts you far between urban areas. Gas stations can sometimes be up to hundreds of kilometers away along stretches of the transnational highway, going through the Rockies or the remote plains in Alberta.

The farther from civilization you go the sparser the rest stops become and Canada has no lack of remote land.

Long Trips and the Need For Range

Forgetting to gas up can be a real problem on long trips away from the city, with signs being posted constantly to remind the weary travelers, there won’t anywhere else stop for miles ahead.

Even if you can find a source of electricity, it won’t be level two or level three, meaning your charging time can be quite a bit longer than the ‘average best’.

People who enjoy the outdoors, fishing trips, campers, vacationers, road trips for the family will have to consider their routes. Longer trips like those all have to be carefully planned and choreographed around charging stations when using electric vehicles.

Range anxiety brings out a lot of hesitancy in purchasing electric vehicles, particularly in Canada, and is arguably the largest deterring factor in purchasing an EV.

Range anxiety might be the term used to describe the feeling but it comes down to freedom on the road. Being able to pick a direction and knowing you’ll find a gas station or three along the way. That’s what ZAAP is hoping to achieve for EV drivers.

In fact, people have petitioned their local governments and brought the issue to city councils in some regions like Jasper National Park, which is a prime example of a popular destination that involves a several hour drive even from the closest major cities like Calgary or Edmonton.

ZAAP plans to solve this by creating an extensive network of ultra fast-charging stations that are easy to install, easy to maintain and deliver clean power to your vehicle in a matter of minutes.

ZAAP’s EV chargers can charge a vehicle as fast as 8 to 15 minutes, making it convenient for people to “Quickly Be Ready To Go Where You Want, When You Want”.

Not only are they being designed to be super reliable and efficient, which was another common issue with charging stations, but they are also fast.

Said to deliver 175 kWh of direct current through a high power charger, the ZAAP chargers are supposedly promising to deliver a full charge between 8 to 15 minutes.  That’s quite a step ahead of the competition so far.

Considering the earlier days of EV’s introduction to the market, standard charging times were around up to an hour or so depending on the model of vehicle and level of charging station. Current top-grade Tesla stations average at 30 minutes, with plug into standard outlets often requiring to charge overnight. That makes ZAAP’s claim of 8-15 minutes quite impressive, especially if it holds weight in the real world.

This is a huge leap forward in technology and if ZAAP can make this available across the country it will certainly help encourage the new buyers to take the leap and purchase that EV they dreamed of.

Besides being quick to charge the stations are designed to be as functional as help facilitate an easier more widespread installation process.

They come with ‘flexible’ configurable hardware that makes them easy to install anywhere. Then they are supposedly very reliable and deficient maintenance. After all, what is the point of installing these everywhere if you have to send someone to repair them constantly?

Affiliated and partnered with several large companies like Olson Electric, ZAAP handles the maintenance and repairs through its partners along with the installation process to ensure it all goes smoothly

An added quirk of the charging stations is their commitment to fostering partnerships with local businesses by promoting awareness and advertising local companies at their charging stations for people charging on the go so they can get an idea of what’s available in their current area and perhaps plan a local detour. At the same time, they wait for their vehicle to charge up.

To Sum It Up

If ZAAP Charging Inc can successfully establish itself and implement its rather ambitious plans, it should have exactly the intended effect and promote a wider acceptance and enthusiasm for Electric vehicles in Canada.

With fast, reliable charging stations accessible across the country, the arguments preventing new buyers start to lose their traction, and the benefits begin to truly outweigh the steadily decreasing list of concerns.